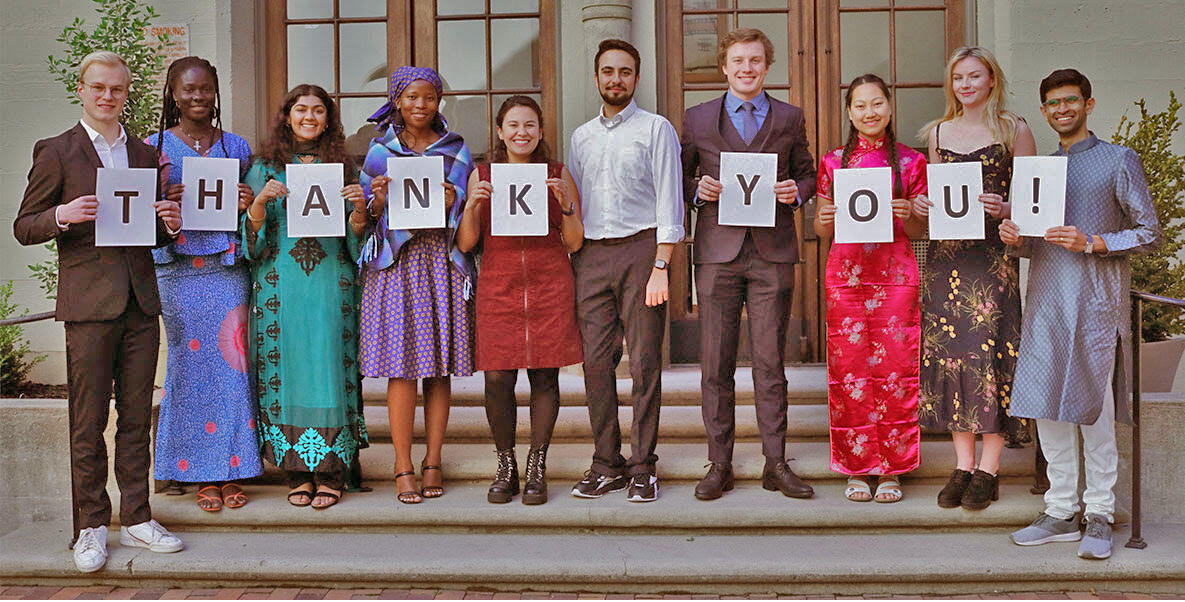 I-House residents are grateful for your support!

I-House relies on philanthropic support to provide financial aid, to preserve and to protect our historic home, and to allow for innovations in programming to prepare the next generation of leaders. This support is vital in fulfilling our mission: To foster intercultural respect and understanding, lifelong friendships, and leadership skills for the promotion of a more peaceful world.

As tuition, fees, and cost of living continue to rise, and the age-old scourges of conflict, mistrust, and prejudice persist, it is increasingly important for I-House to support deserving students in need from diverse backgrounds, to maintain a safe and inviting facility, and to equip residents with intercultural leadership skills.  While International House is managed professionally and generates the majority of its annual budget as a self-supporting, 501 (c) 3 non-profit organization, we face a basic reality: room and board fees do not cover fundamental expenses.  Generous support from Alumni and Friends makes up this difference.

Gifts to I-House Make So Much Possible!

See How to Give to learn different ways to direct your gift to International House.

The I-House movement is at an inflection point, with its resilience, and even survival, in question. Many of the sister I-Houses in the worldwide network are at the point of existential crisis, either drastically curtailing their programs or closing down. Our own I-House, while having come back from temporary closure, is facing many of the same headwinds and daunting challenges ahead—including vigilance in keeping the I-House magic alive by preserving and enhancing diversity through financial aid and by retrofitting our beloved and well-used building at the level of modern safety standards.  I-House is such a powerful idea, with a 90-year track record of compelling excellence in opening minds and broadening perspectives among the next generation of leaders from throughout the world.  In these challenging times, the I-House mission is as important as ever.  Though the world has changed dramatically since 1930, the chronic patterns of distrust, lack of understanding leading to mutual respect, and the attendant societal ills of conflict, violence, racism, and war inspire all of us to preserve and to expand the I-House movement.

For questions, email us at philanthropy@ihouseberkeley.org

The unique experience of living in I House should be preserved for future scholars coming to Berkeley.
Kwei Sang Ü (IH 1961-65)